The Accidental Developer: In Search of Better UX

It is I, David Allen, UX Prestidigitator.
photo by Johan Famel

My “official” title with InstantCard is UX Prestidigitator. “Prestidigitator” is a ridiculous way of saying “magician.” And, in the interest of full disclosure, I’m normally the one who comes up with our employees’ titles for our About Us page. In the case of my title, however, it was my wife who thought of prestidigitation — she knows I wear many hats when it comes to my work for InstantCard, and thought it was a cute way of indicating that.

My background, however, is in mathematics. Scratch that. Originally, I dropped out of college to start a video production company. It was only later that I went back to school for math. And, I should mention, the type of math my graduate research centered on was of the abstract, non-applied sort. Basically, I drew amorphous blobs on whiteboards. My research never required any sort of programming. And, apart from an intro to Java course at a community college, I’ve never taken any programming classes. 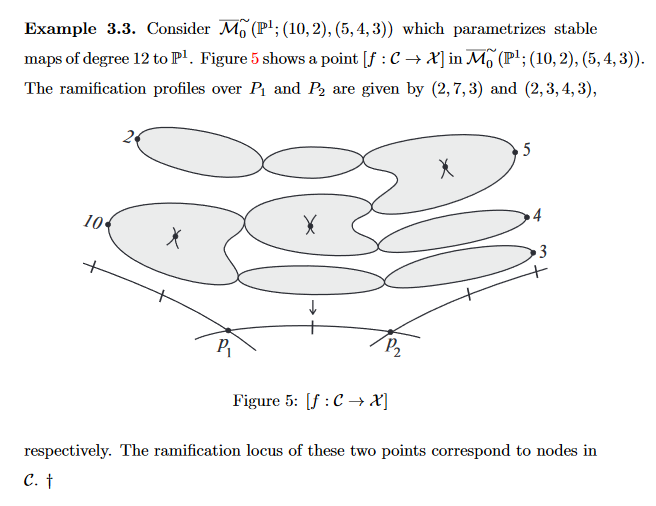 An example of the sort of amorphous blobs David used to draw.

My initial involvement with InstantCard came when they were searching for someone to make a video for them. I, having finished my studies, was looking for work. I called upon my skills of old and answered the call. Slowly I began doing other things for the company — graphic design, basic web development, and some writing. One day, the CEO messaged me.

“You seem to have a good handle on design and logic. Do you mind taking a stab at a new user interface (UI) for our card ordering system?”

So, a stab I did take — the current system is still very similar to my original mock-ups.

“I know you haven’t really done any API development, but would you mind trying and writing documentation for our new application program interface?”

So, I learned about APIs, and created documentation for InstantCard’s API.

At some point, I found my role at InstantCard as amorphous as the blobs I used to draw for my research. But, a common thread has seemed to be a focus on user experience. Whether it be our web page, user interfaces, instructional videos, or technical documentation.

Quite a few clients of InstantCard use what we call our “Individual Card Ordering” (ICO) service. It allows them to sell or distribute cards from their own websites, without having to redirect people. This has been extremely useful for membership organizations, or even for people trying to generate extra revenue from card sales. Unfortunately, the ICO service has been running off of the InstantCard’s legacy system. This not only means the company has had to support an outdated system, but it also means that the styling for the order forms and the interface have come to look a little dated.

Having finished writing documentation for the new API, I realized that it could be “easily” (assuming one knows how to program) used to create a new, more robust, prettier ICO system. I reached out to our head developer, Helio. He responded “Bingo. That’s what I’ve been wanting to do next. Do you want to make it?”

Due to my work, I have come to know HTML and CSS pretty well. I’ve even used a minimal amount of JavaScript. But, the idea of creating a whole web app myself felt ridiculous. So, as someone who not only likes to try new things but thrives on the ridiculous, I was in.

I started working on the new system. Only Helio knew I was doing it (it’s easier to ask for forgiveness than permission, after all). Unfortunately, I had a lot of other work to do for InstantCard, and the project fell by the wayside. A couple months later during a meeting, however, a problem came up for which my new ICO system could be an easy solution.

I showed everyone what I had completed thus far. They immediately saw the benefit, and agreed it would be a great replacement of the legacy system. To my their credit, everyone at InstantCard listens and to and appreciates good ideas. It’s not an environment of micromanagement, but one of “let’s go with what works.” They decided it would work, and I was tasked to complete the project ASAP.

Now, here we are, with a beta version of my new ICO system. It is readily available for use by any InstantCard clients for integration into their own sites and/or apps. I think it provides a much better user experience, and I’m excited to see how other companies and organizations use it to expand their own offerings. Now, I just need to update my LinkedIn profile with “JavaScript Developer.” If you’d like to see how it works, look at the example below (clearly, I’m very pleased with myself).

If there’s functionality you would like to see added to the new ICO system, leave a comment. I made this for you after all.