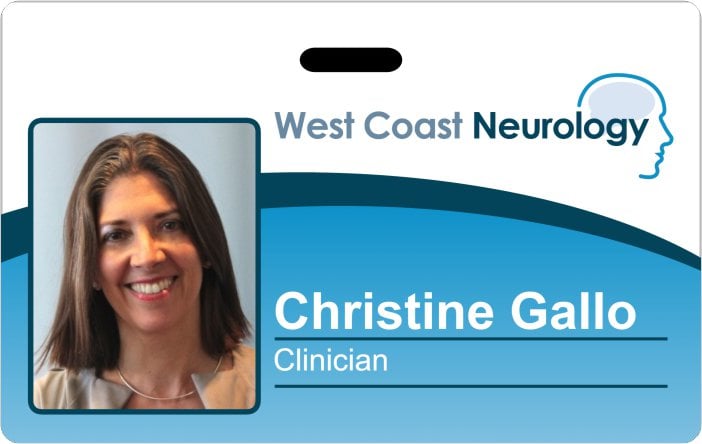 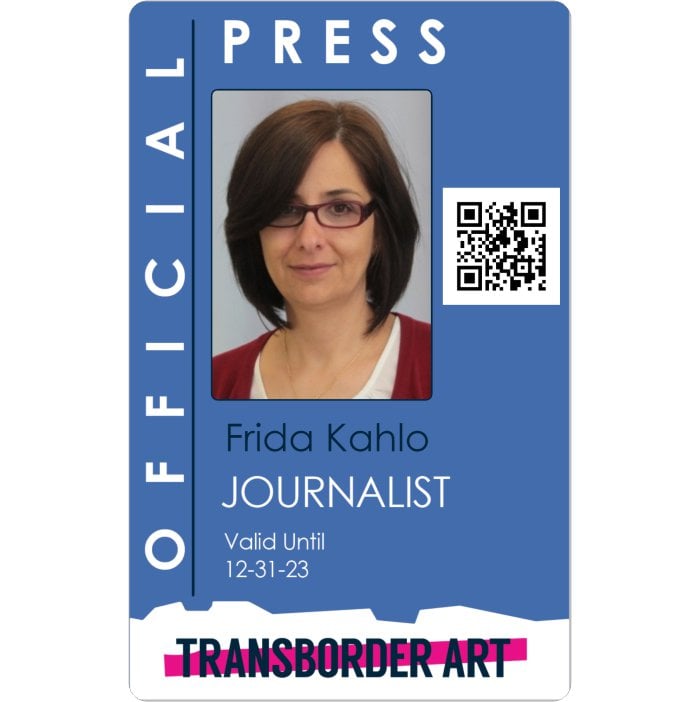 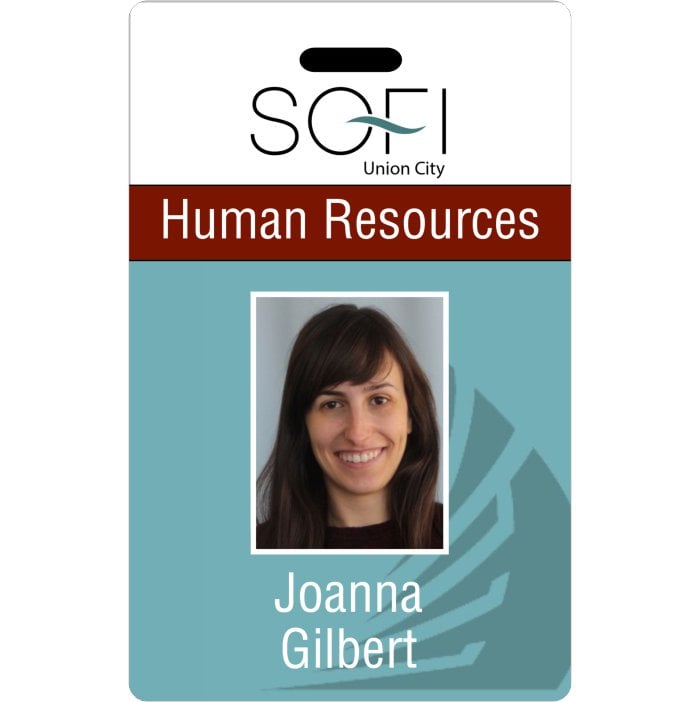 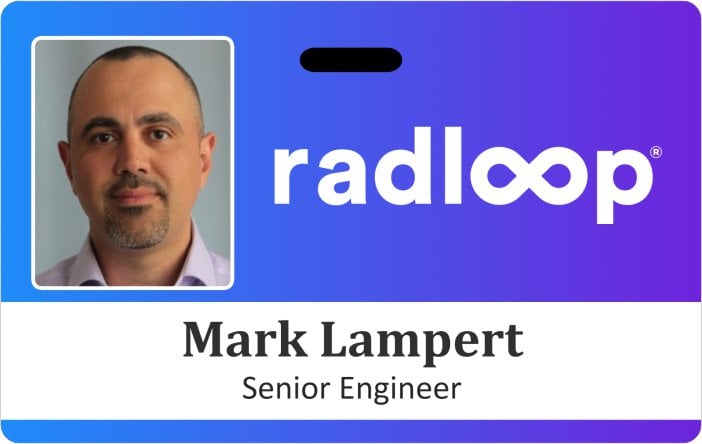 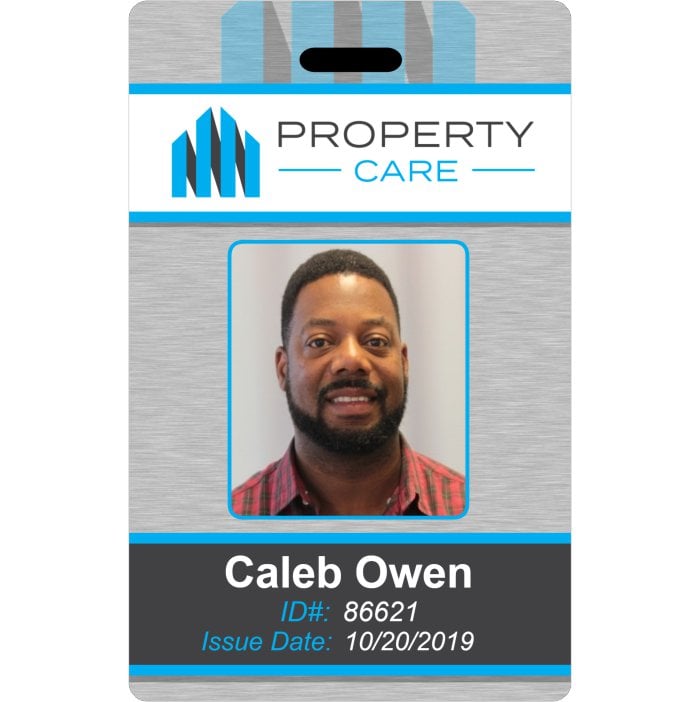 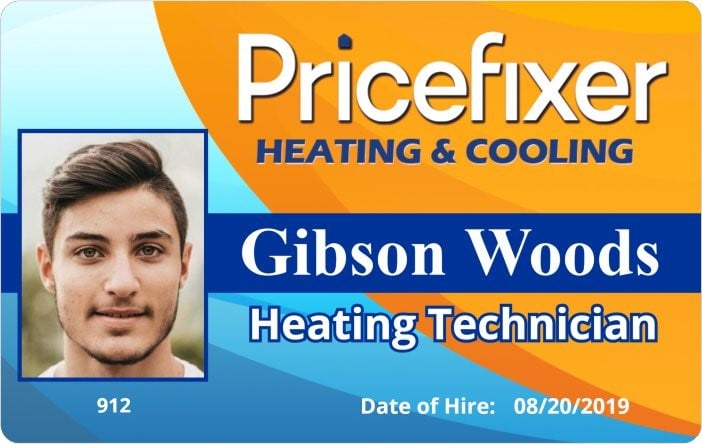 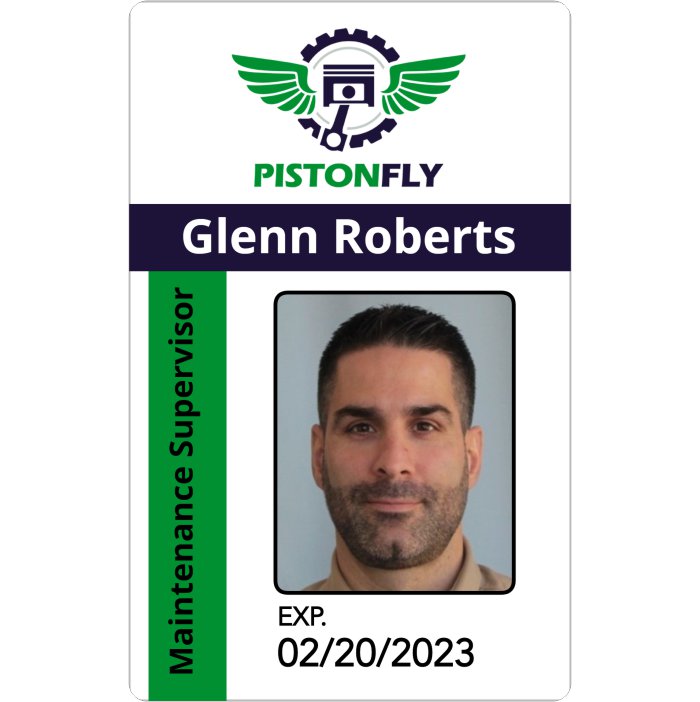 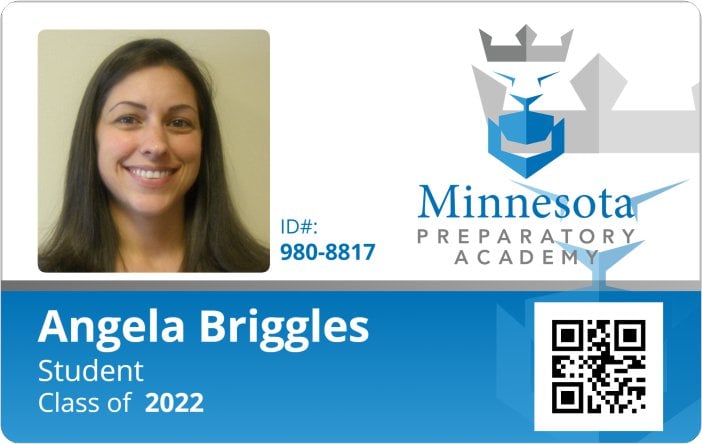 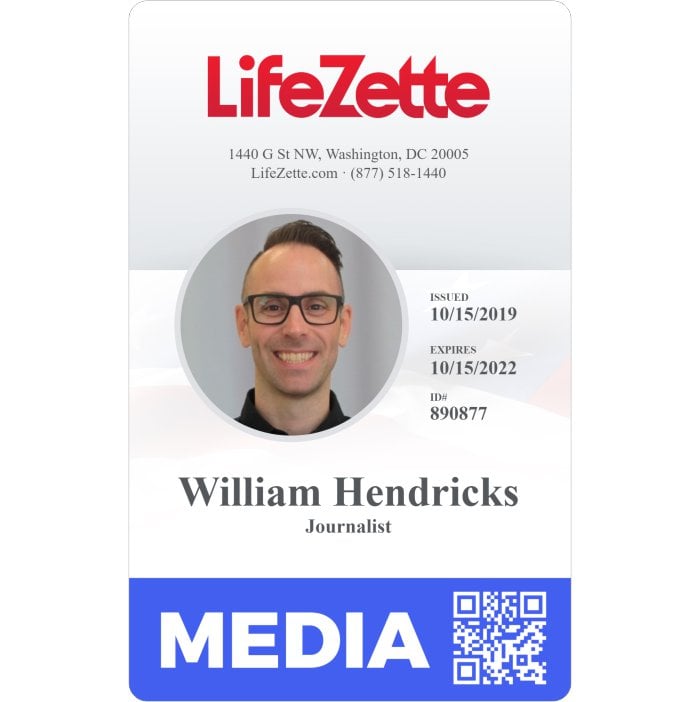 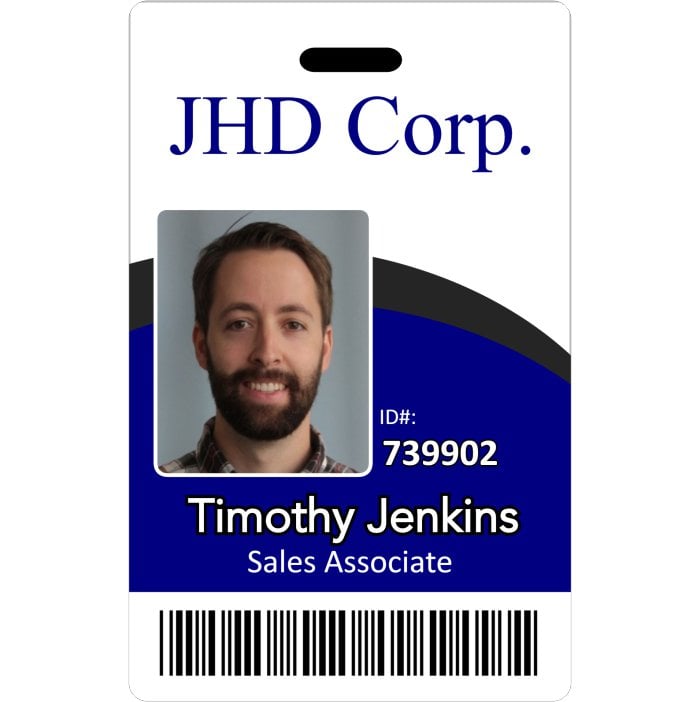 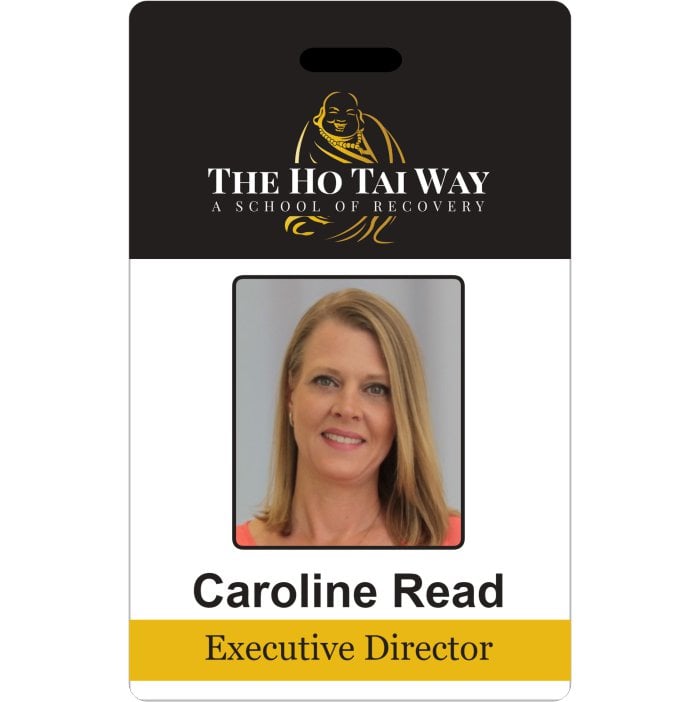 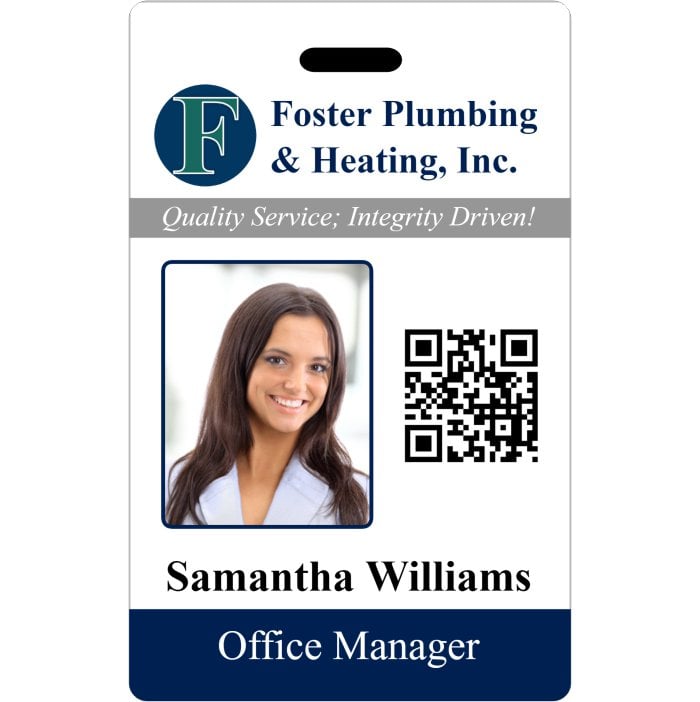 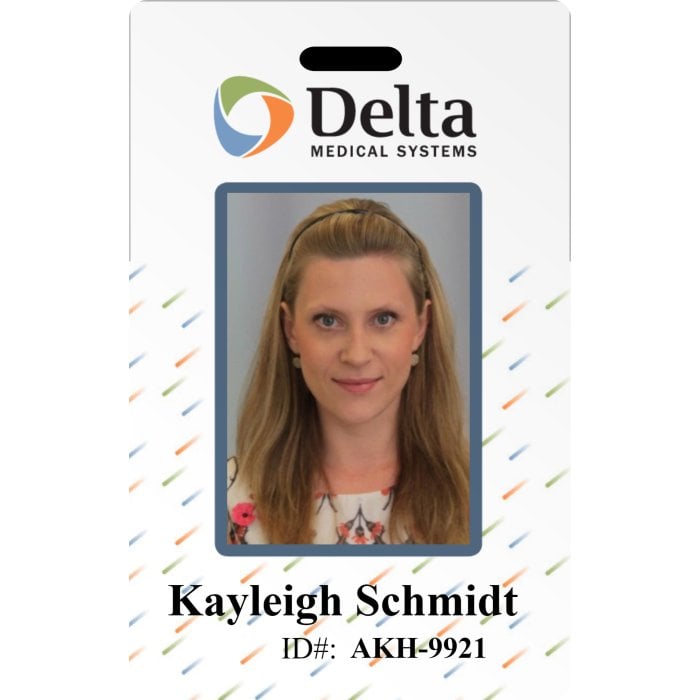 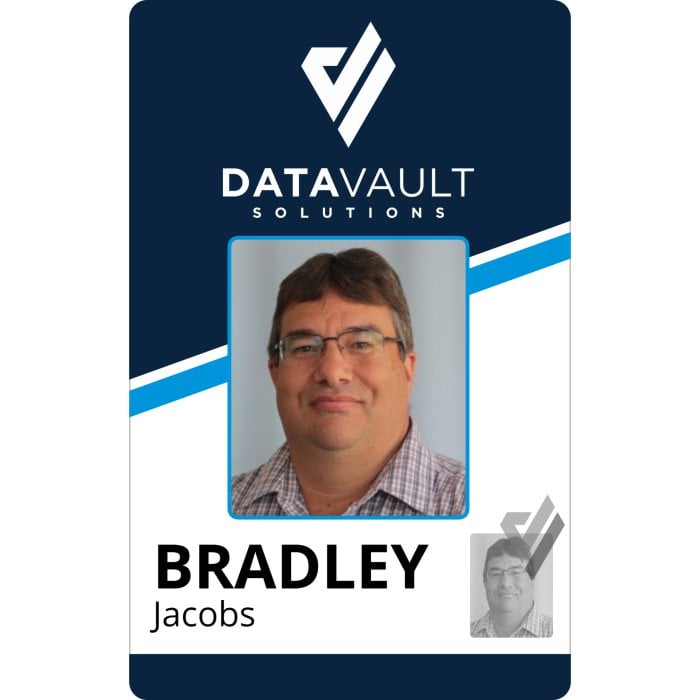 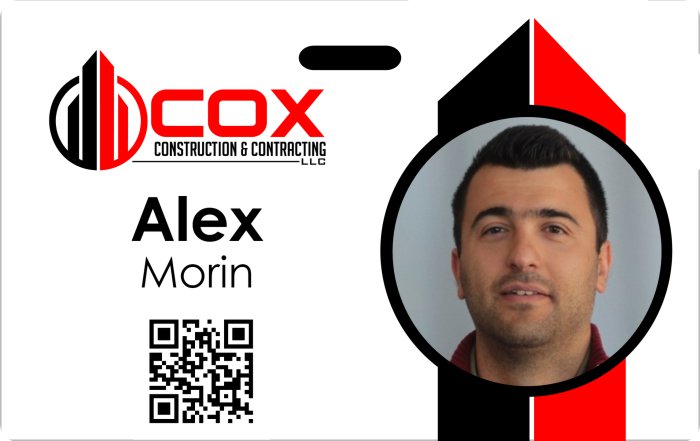 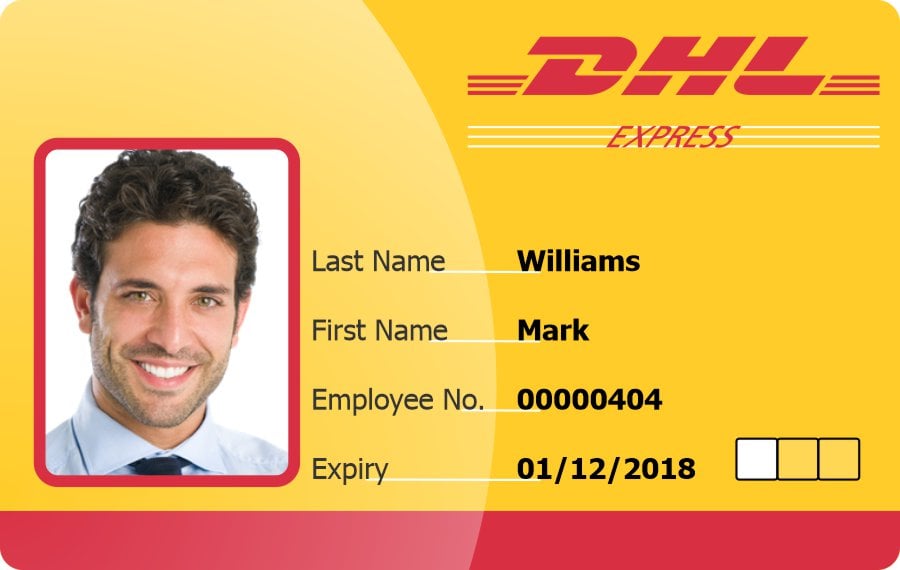 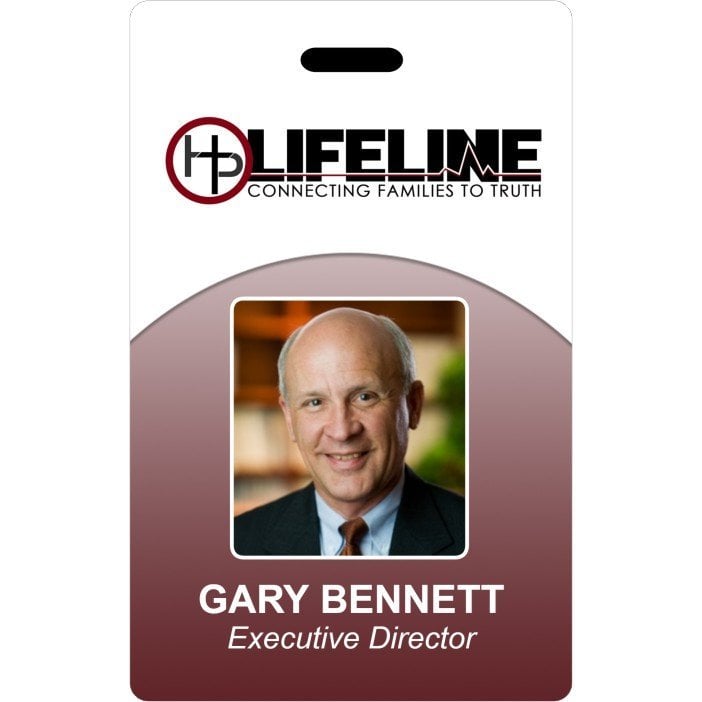 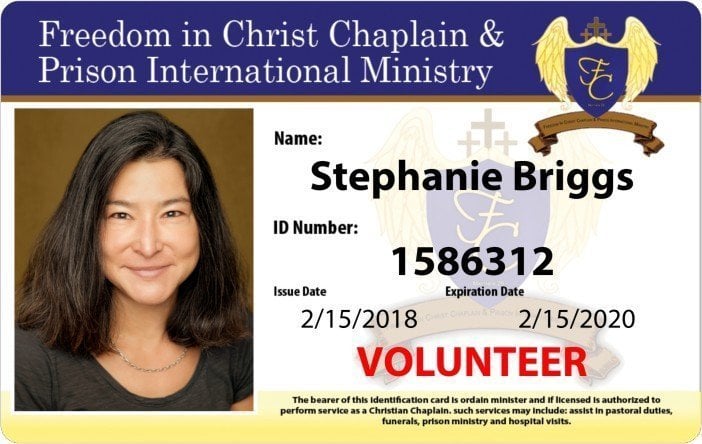 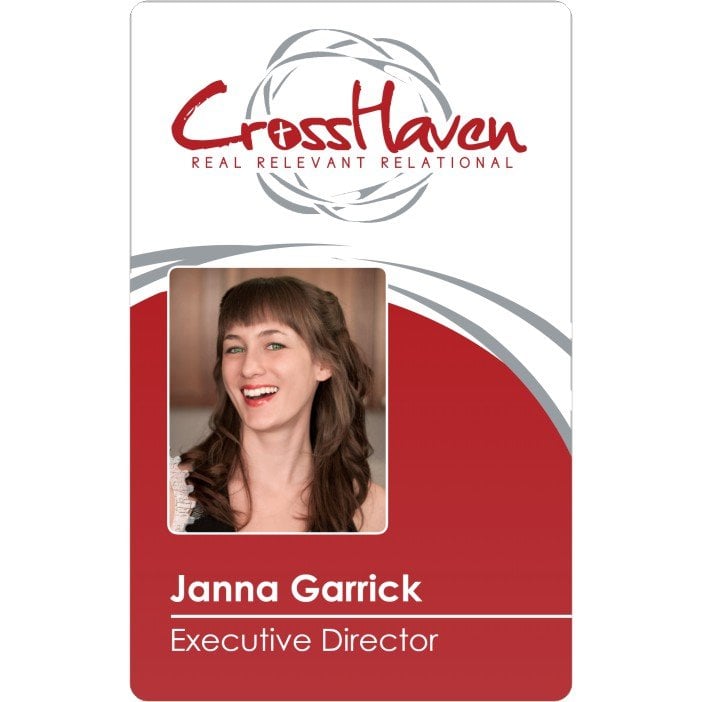 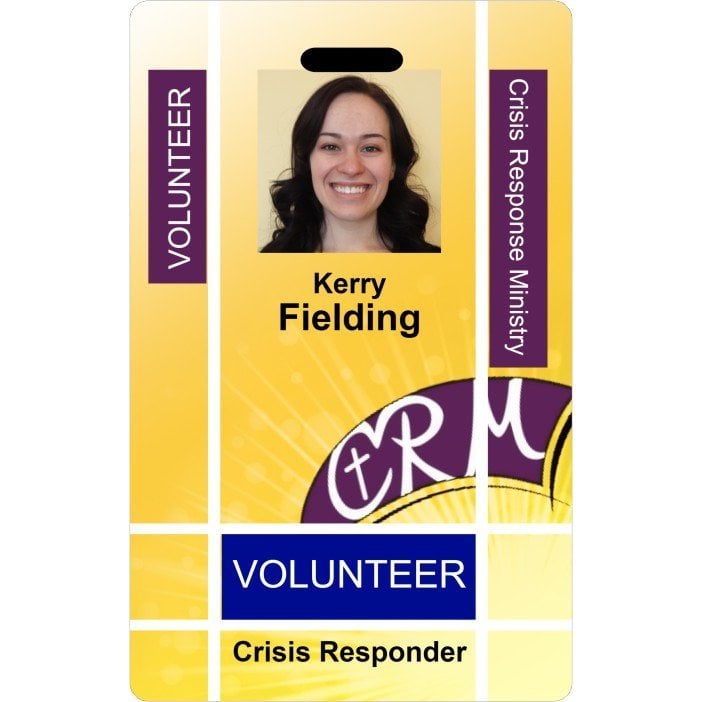 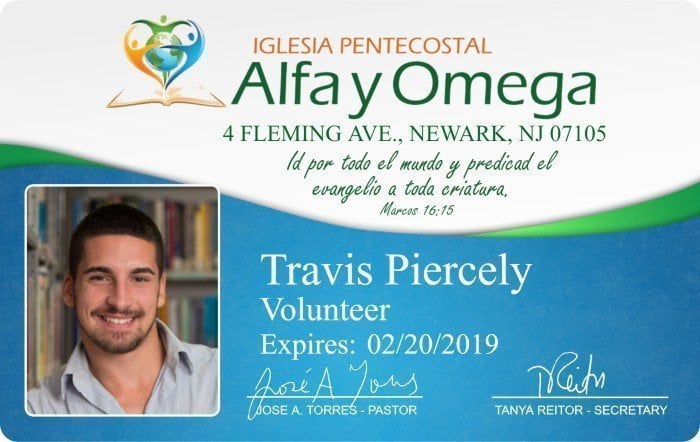 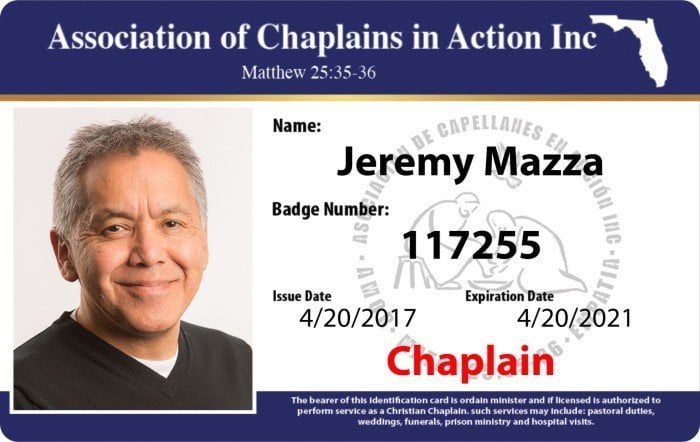 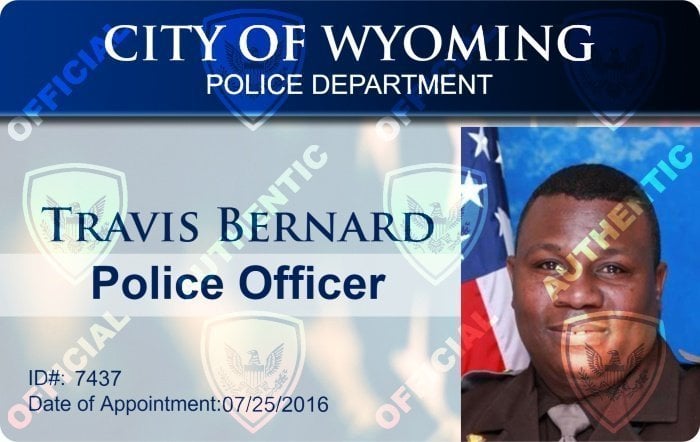 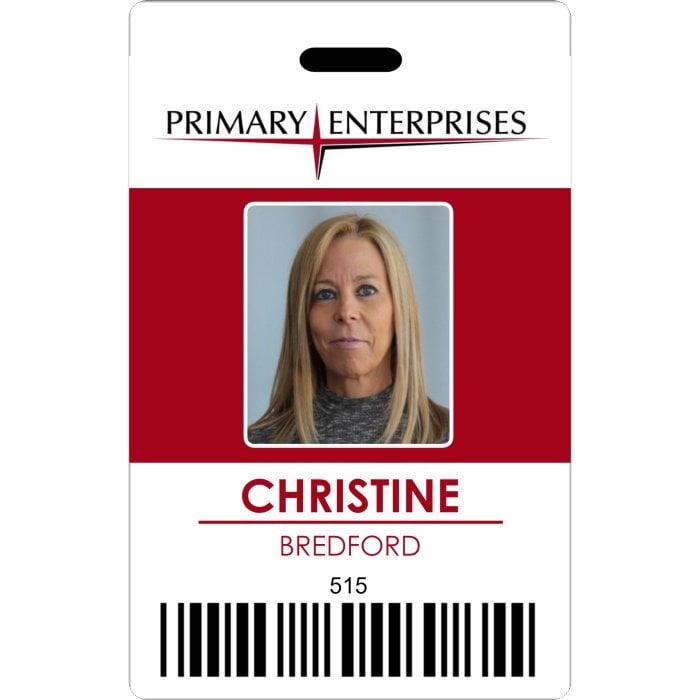 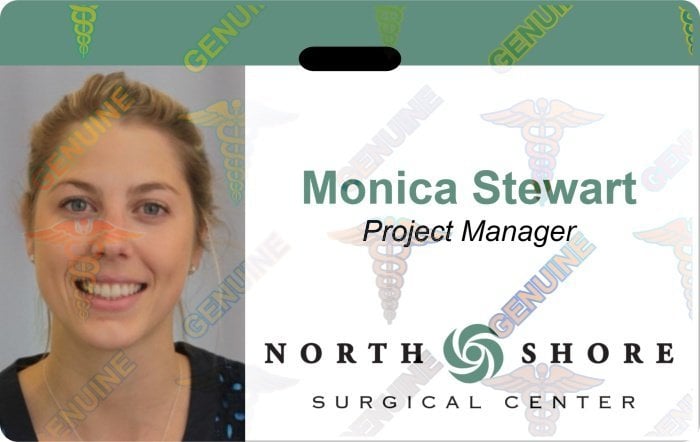 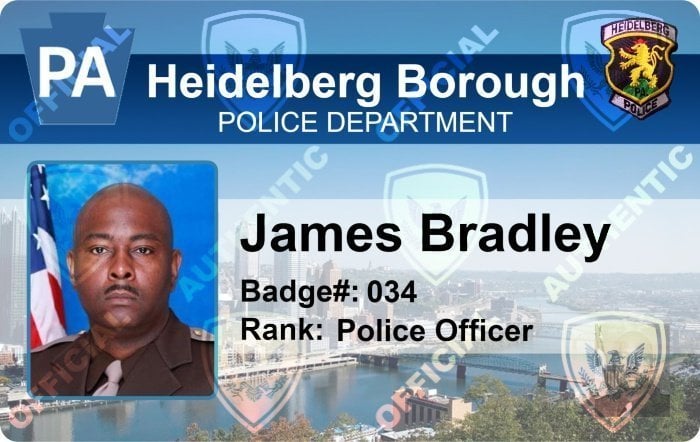 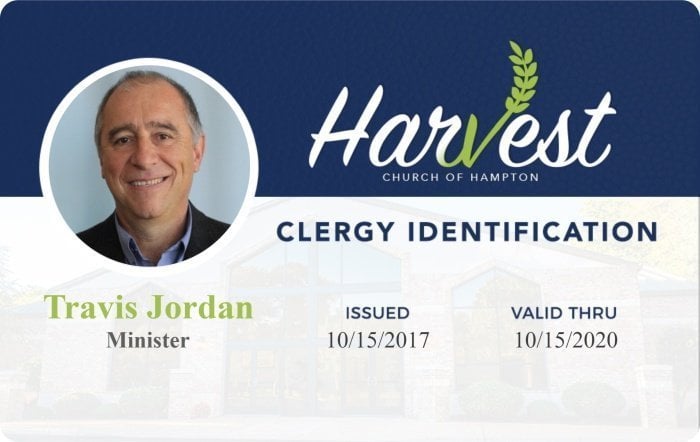 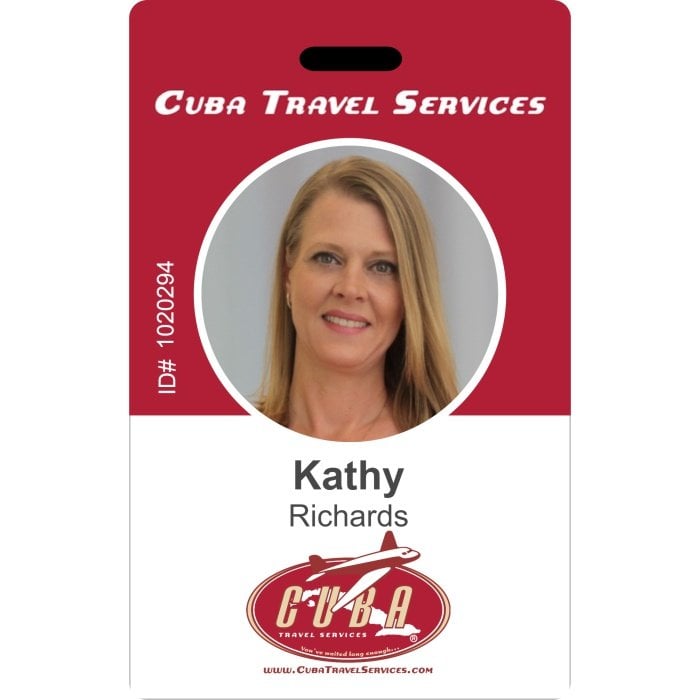 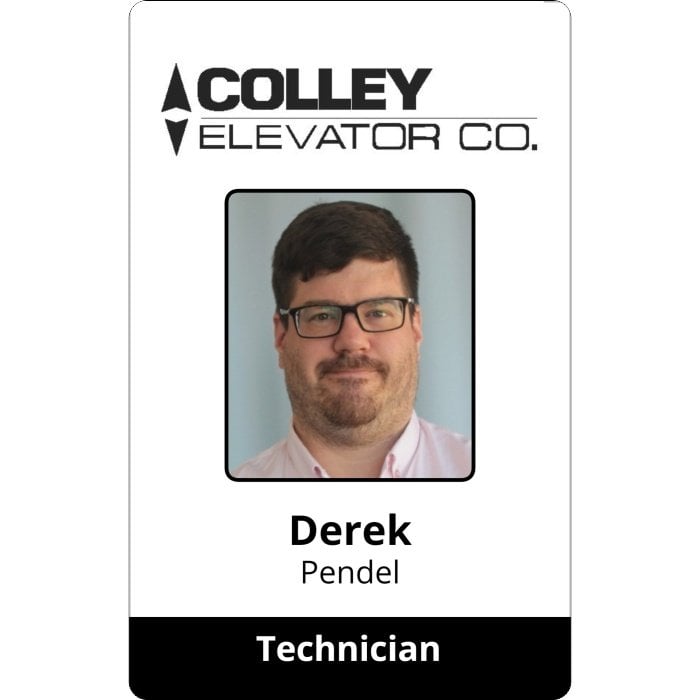 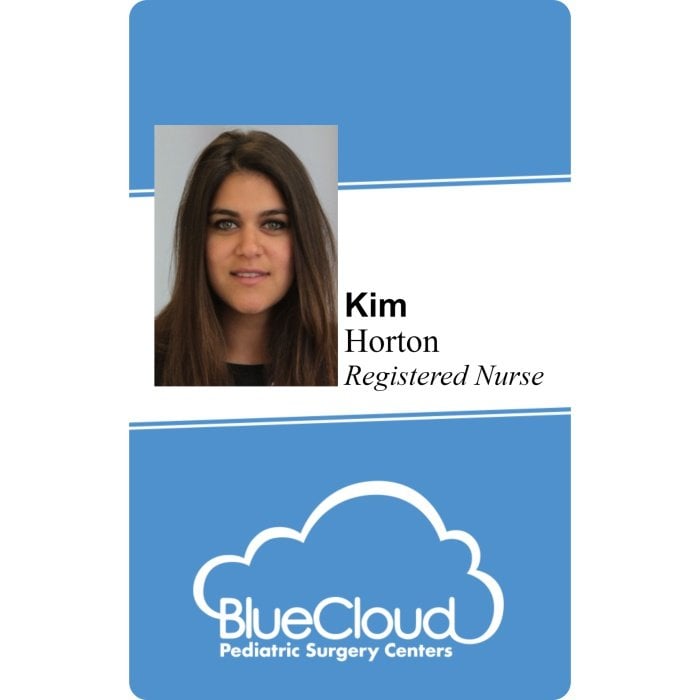 How to print photo ID cards

Print technology has evolved substantially over the past 15 years.  In the past it was unfeasible for individuals to print their own photo ID cards on plastic cards, because the equipment required was only available to specialized print companies or large corporations.  However, today desktop ID card printers are available at a reasonable cost, and can be set up and operated by anyone with good computer skills.  A variety of manufacturers offer them, such as Evolis, DataCard, Fargo, and Magicard.  Of course the budget for a basic printer and associated software and supplies will still be several thousand dollars, meaning it is only a viable alternative if you have a lot of ID cards to print.

If you only require a limited number of photo ID cards, a better alternative may be to use an online cloud service such as InstantCard.  These on-demand services are available at a much more reasonable cost, and can provide a range of added-value options like holographic overlay, magstripe, RFID, etc.  By the time you have ordered and received a printer, set it up, and learned the technology, you can already have dozens of professional photo ID cards in hand!  In additional, you’ll get lots of compliments on the high quality of your ID cards.  See: https://instantcard.net/why-are-your-cards-so-pretty/

Good suggestions for making sure you have considered all aspects of your company’s photo ID card policy can be found here: https://smallbusiness.chron.com/inform-employees-identification-badge-policy-39939.html.

How to print photo IDs on plastic ID cards

Plastic ID card printers come in two types: dye-sublimation and thermal re-transfer.  Either one of these printers can be used to print a photo ID on a plastic card, however the quality of the dye-sublimation printing will be significantly inferior to the quality of the thermal retransfer printer.  The cost of dye sublimation printers, and associated software and supplies, is generally under $5,000.  The cost of thermal retransfer printers is generally closer to $10,000.  Anyone can acquire these machines over the internet from specialized re-sellers.  The learning curve may be steep, and it may take a number of trial-and-errors to get it right.  But with the right skills, and adequate financial resources, it can be done.

A far easier way to get professional photo ID cards on plastic credit-card style cards is to use a specialized service such as InstantCard. Here is a good guide for determining alternative sources for your ID cards: https://instantcard.net/increase-quality-and-efficiency-with-instantcard/.  For less than $10.00, you can get a high-quality card printed with the best thermal retransfer technology.  And you get the assistance of ID card professionals, whose business it is to design and manufacture secure ID cards.  These web services have invested heavily in the technology to produce top-quality cards at a reasonable price.  They provide a much more cost-effective way of getting a photo ID on plastic ID cards.

Along with your ID badge program, you should consider publishing a policy on the use of those badges.  A good source for an initial standard policy is the Society for Human Resource Management suggestions at https://www.shrm.org/resourcesandtools/tools-and-samples/policies/pages/id-badge-policy.aspx.

Why do we have photos on ID cards?

The main purpose of an ID card is to identify, with some reasonable level of confidence, the person presenting the card.  ID cards are generally used to gain access to some valuable service, such as boarding an airplane, or accessing the gym.  There is a strong interest in making sure that the person accessing the facility is indeed the individual meant to do so, and not an imposter.  Wherever identity verification is critical, checking the face of the person presenting the card against a photo on that card has been a standard form of verification for many years.  It is the same reason that any passport, not matter which country issued it, has a photo in it, which is carefully checked by customs/border agents whenever you enter a country.

In fact, photos were the earliest form of a “biometric” – something that is directly and intrinsically associated with a person’s identity.  Modern forms of biometrics include fingerprints, retina scans, and facial recognition.  But the earliest version was the humble photograph, which when matched to a face generally allowed a high degree of confidence of making a reliable identification.  Photos on ID cards were among the earliest attempts to make those ID cards fraud-resistant.

Cards have become a more portable, useful version of the well-known International Passport, issued by the State department of each Country, to allow travel across borders.  All passports contain a photo, as described here for the United States: https://travel.state.gov/content/travel/en/passports/how-apply/identification.html

How to print ID cards at home with photo paper?

The typical home photo printer can be used to print a photo ID card.  Using software such as Microsoft Word, or for the more advanced user, PhotoShop.  A reasonable facsimile of a traditional Photo ID card can be made, with the dimensions available here: ID Card Layout and Artwork Guidelines | InstantCard

However, this paper ID card will have several major disadvantages.  It will be single-sided, whereas nearly all photo ID cards are dual-sided.  The paper will be quickly seen as unprofessional, when compared with professional plastic (PVC) photo ID cards. And it will of course quickly become tattered and lose its initial clean look.  It will not be able to be hooked to a lanyard or clip.  It is for these reasons that you will never see ID cards in a professional environment, like health care or company IDs, printed on photo paper.

How to make Photo ID Cards?

A professional photo ID card, printed on PVC plastic with an indelible, secure surface, requires specialized equipment.  While a simple facsimile can be printed on paper with a high-quality color laser printer, these will never substitute for a professional plastic ID card.  The printers required to make these cards cost many thousands of dollars, and are generally not easy to set up and operate.  In addition, most professional photo ID cards have numerous features to make them very difficult to reproduce.  If you look closely at your drivers license, you’ll notice at least half a dozen features which make it extremely complicated to duplicate.

The easiest way to make a photo ID card is by subscribing to a specialized provider, like InstantCard.  Online services are available that offer ID cards as a service, and thereby help you avoid the necessity of acquiring costly hardware and software to make an ID card.

Why can’t we have photo ID social security cards?

The United States is one of the few countries in the world to not issue National Photo Identification Cards.  Many other countries have found it useful to issue a photo ID card to their citizens, which are used for a wide variety of purposes: boarding airplanes, accessing government services, or verifying identity.  In the United States, Social Security cards have been issued since the 1930s.  But they were never designed to serve as a national ID card, and they do not have the security built into them to be able to serve as a secure form of identification.

Photos could be added to the social security card, and they could be made more secure.  However, the United States has systematically rejected the idea of a national ID card, for a wide range of reasons including concerns over privacy and government oversight.  The need for a secure ID has fallen on the States, and the most common ID by far is the state-issued Drivers License.  These typically do have a photo, and provide some degree of assurance about the identify of the holder.  But they cannot replace a true national ID card.

What does it mean to sign a credit card with photo ID required?

In times past, and still in some countries today, a photo ID was requested to verify identity.  This was to help prevent the risk of an identity being falsified, ie someone using the credit card illicitly.  Therefore, to limit the risk of someone unauthorized using the card, and secondary form of identification was often requested.  If the name on the Photo ID card matched the name on the card, and if the photo on the card looked like the person standing there, then there was a relatively safe assumption that the card user was legitimate.

Now, signing a credit card may appear to some to be a relic of the past.  First of all, credit cards are going “virtual”, as more and more they are stored in one’s phone.  And the “signature” required is often replaced by a PIN code, or not requested at all.  When was the last time you saw someone compare your signature with that which is on the back of the card?

Photo ID cards, or “photo ID badges,” appear to be ubiquitous. Very often we don’t even give a thought to where they come from.  When asked, the best response you might get is “the HR department”.  But someone actually took the time to format and print that ID card, and in many cases ensure that it was properly encoded to open doors or log onto secure networks.  The person making that card may have spent a half an hour or more, if he/she was using a typical in-house printer.  That is typically the case if the badge were produced in-house by a clerk in the HR department.

But if the card had been produced by a web-based on-line service, like that offered by instantcard.net, the operator spent hardly any time at all.  Using a highly automated process, the vast majority of the work is done by computerized systems, and the “person” responsible for the card may have only spent a minute or two.  As is typical of outsourced services that specialize in making previously manual process more efficient, this approach allows a higher quality product to be produced at a much lower cost.

Where to get photo ID cards?

When a company needs photo ID cards, the traditional choice was to purchase an ID card printer, associated software, and supplies. The typical outlay for this investment was often over $5,000, and the equipment needed to be replaced every 3-4 years. Since ID card printing is very specialized, it was very rare for local print shops to offer this service. The high per-card cost was justified because there appeared to be few viable alternatives.

However, with the arrival of web services over the past 6-8 years, outsourcing of ID badge printing has become a highly practicable alternative. Services like InstantCard offer on-demand ID card printing services, allowing companies to order ID cards in batches or one-at-a-time as they hire new employees. There are a wide range of alternatives which are generally far more cost effective than in-house printing, except for very large corporations. As a result, companies are now offered an alternative to in-house printing as a source for their ID card requirements.

We hope we helped answer some of your Photo ID Card questions!

Here at InstantCard, ID cards are all we do. Printing photo ID cards is our core business, and we take that very seriously. So, if there are any other questions you may have regarding Photo IDs, please do not hesitate to contact us.

We are proud to have created an ID card solution which has proved ideal for businesses of every shape and size. There’s a very good chance printing photo IDs is not your core business, so why waste so much time, effort, and resources on it? We print and ship same-day, making outsourcing the most logical choice for 99% of businesses.

We will never try and sell you a photo ID badge printer, card stock, or ribbons. What we will do is remove the hassle of printing Photo IDs in-house. And, it all comes with a 100% money-back guarantee.